Whether it is the hotel staff, sales staff in the malls, or tour operators they all have one thing in common. They want to show you world class hospitality. Nothing is ever too much trouble. This vacation has taken us from Abu Dhabi to Dubai, from Delhi to Agra, India and from Dubai to Dibba, Oman.

It was already hot when we left our hotel in India first thing in the morning. Little did we know it would become 44 degrees… scratch that… little did we know it would become a VERY HUMID 44 degrees. Our driver Ashok, was early to greet us for the two and a half hour drive to Agra from New Delhi. Ashok is a family man, with a wife and three children.. one of which, a son, only 2 months old. It seems he works very hard and for not much money… although he didn’t complain, just smiled.
Along the stretch of highway that would take us to Agra, it was mostly desert… very, very dry empty desert.  Every once in awhile there would be a cow or a horse… then camels! Then suddenly we’d spy a few small huts on a property that looked like it was segmented as a farm. Ashok said some of the farms were growing rice, hence the occasional flooding we saw as water in such a dry place as this hot hot desert was quickly noticed. I could only wonder how these people can work so physically hard in such heat. There were manmade chimney-like brick stacks that were built on properties to be used as kilns to bake more bricks. An ingenious idea to have the “factory” right on the property that needed it, rather than trying to haul the bricks back and forth from elsewhere.
We arrived in Agra and stopped to pick up our guide Deepak. He immediately began to tell us some history of Agra, asking what we knew of the Taj Mahal so far… admitting it wasn’t much, he launched into a very well rehearsed introduction of this iconic landmark that is dedicated to the third wife of Mughal emperor, Shan Jahan, to house the tomb of his favourite wife, Mumtaz Mahal. She was the only wife that bore him children and he was also buried there. Visitors can see the replica tombs but the real ones are buried below the structure.

Whenever we have travelled and if we see some kind of ancient monument, it never ceases to amaze us that these are so perfectly symmetrical, so painstakingly, delicately crafted. All in a time when everything would have been done by hand, from the carving to the lifting of the enormous pieces of marble… all done without the modern conveniences at hand today. We sat upon the bench overlooking the Taj Mahal where Princess Diana sat many years ago, and strangely enough, the same spot that Will & Kate, the Duke & Duchess of Cambridge, sat literally two days before.
We then once again braved the insane traffic of Agra to go on to see Red Fort. This is basically a walled city. Inside there are 100 palaces, although only about 20% are available for visitors to see. The other 80% is used by military and government. The first Sultan of Delhi governed from Red Fort. There is a massive moat surrounding the building but it is empty now. It is rumoured that the third son of Shan Jahan (yes, who built the Taj Mahal for his wife) imprisoned his father within the walls of Red Fort as he was jealous that his father was leaving his legacy to his eldest brother. This son supposedly kept his father imprisoned here until his death with Shan Jahan’s only solace being that he could see the Taj Mahal from his prison window. The craftsmanship in such an ancient time (the year 1638) is staggering. There were angled inner windows that were made specifically in the “Summer Palace” to allow airflow to cool the palace in the hot summer months. I stood below one and in that 44 degree heat could still feel a cool breeze swirling around me from that oddly shaped window.
After leaving Red Fort we went to a tiny “studio” where some of the carvings and inlaid semiprecious stones are crafted for the Taj Mahal. There are pieces available for purchase such as tables, trinket boxes and the like. Apparently there are quite a number of families that do this work “from home”, using the skills that have been passed down through generations from their ancestors. Many of the craftsman are descendants of those who originally built Red Fort all those thousands of years ago.  We did try to do a little carving but as you can imagine, marble is extremely hard to work with. Most of the pieces are so tiny and there is no mortar used, only a sort of glue that comes from a secret recipe. The majority of the stones are no bigger than your fingernail.
Our guide then dropped us at a modern Indian restaurant where I had the best Butter Chicken & Naan I’ve ever eaten. We drank gallons of water to rehydrate for the long ride back… I feel terrible saying that we ate such a fine meal and were able to drink clear, cool water when we can see everywhere we look, the poorest conditions I have ever even imagined. How to describe the level of poverty in Agra…  or even in New Delhi… Of course I understand there is poverty in the world… I knew full well that we would be going to a third world country… but to see it… heartbreaking and hard to fathom.
There were dogs, horses and cattle freely roaming the crowded crazy streets and you could see their ribs. There were crumbling buildings where people have set up businesses… in one particularly precarious looking spot, I noticed a tailor… he was working away in the half open, decrepit workspace with the thousands of vehicles and people passing all day long, mere feet from him. This is in the 44 degree heat at midday. There were people sleeping on the medians in the middle of the highways… no blanket, no protection from the heat and no belongings to be seen. I saw one very young child sleeping curled up on the cement of the sidewalk… he was naked from the waist down. We were stopped at a light in Delhi when a very young boy came up to the window of the car.

He couldn’t have been more than 3 himself and he was holding a small baby of about 6 months… both were filthy… both knocked at my window and called out to me… I didn’t know what they were saying but then the older child kept saying “Mama, Mama” to me… it broke my heart. We were told not to give them anything or encourage them as many times they are actually put out there by adults to beg…sometimes as a set up to pickpocket etc. It was so difficult to just drive away as we have 5 young grandsons ourselves and I could see my husband fighting back tears like me. I thanked God again that our children and grandsons do not have to live like this. I thanked God that we are in a country where children do not go naked or hungry or have to beg. I thanked God that we each have a roof over our heads and opportunities to work and earn money. I thanked God for our good health.
I think this is something, though, that everyone should see… we often think we are hard done by but once you see this… a 12 hour work day in an air-conditioned office, knowing you’ll get to stop for lunch (even if it’s eating at your desk) and that you’ll actually have food to eat… well, it just will seem so ridiculous to have complained. I’ve seen a lot of comments on TV, social media etc where it is said that the youth of today think they are owed something… they may not say it, but they act that way. If that is true, they need one day in Agra or New Delhi, India… just one day.
You’ll see some videos we have posted already, also many photos. You may notice there are many serious faces but there are also some smiling faces… I wondered how?! how can you smile when you face this every day?? The oppressive heat, the dirt, the poverty… this is what they know. This is what they have been born into and they just DEAL. This trip summed up in one word: HUMBLING.

We decided to take advantage of a Dhow cruise in Oman. The Musandam Dhow trip was advertised as a 5-7 hour excursion cruising along the easterly coast of Oman. The drive from Dubai to Dibba Al Bayah Fishing Port took about 2.5 hours and following a brief stop at the border (Canadians require no visa – just to show original passport) we hopped aboard a Dhow and set sail. We were invited to participate in various watersports including snorkelling. An incredible day and well worth the money.

Oman, a nation on the Arabian Peninsula, has terrain encompassing desert, riverbed oases and long coastlines on the Persian (Arabian) Gulf, Arabian Sea and Gulf of Oman. Wahiba Sands is a region of dunes inhabited by Bedouins. 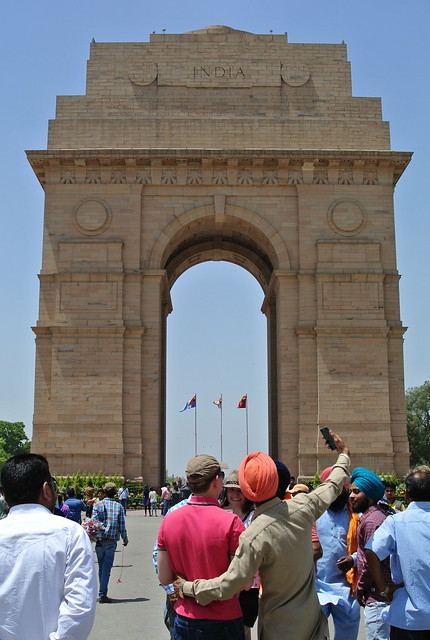 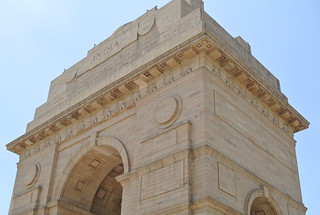 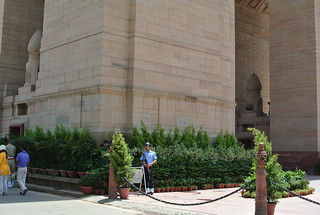 Like many inspirational national monuments India Gate is no exception. This iconic building pays homage to the (82,000+) soldiers who laid down their lives for the British Raj in the World War and also in the 3rd Anglo-Afghan War of 1919.Standing 42 meters and made of red sandstone and granite is without doubt a must see monument in Delhi.

In 1971, the Indian Army placed a marble cenotaph with a rifle placed on its barrel and crested by a soldier’s helmet – known as Amar Jawan Jyoti and bound by four eternal flames.

The monument is located in central Delhi and can be seen, in a direct path, to the Parliament Buildings. The War Memorial was designed by Edwin Lutyens, who was not only the main architect of New Delhi, but a leading designer of war memorials.

The top of the monument following the large word of INDIA reads; 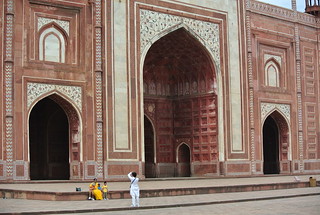 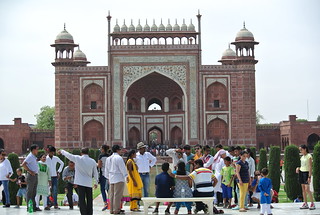 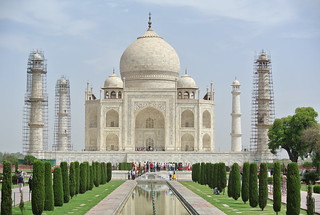 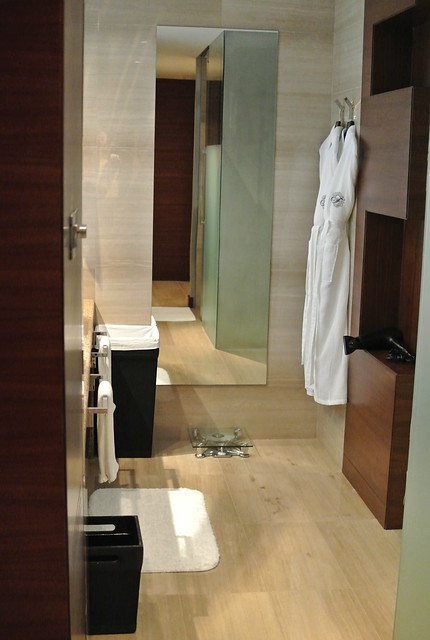 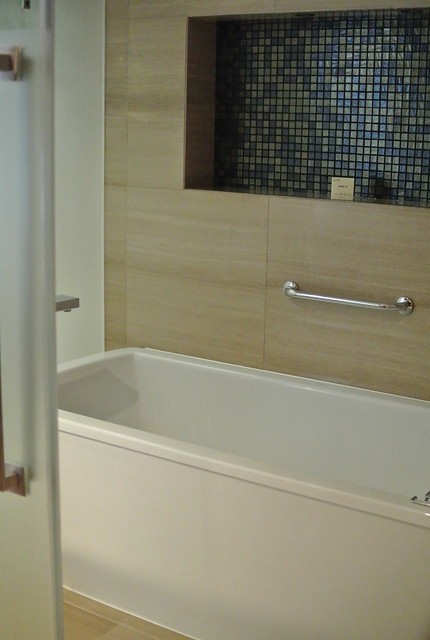 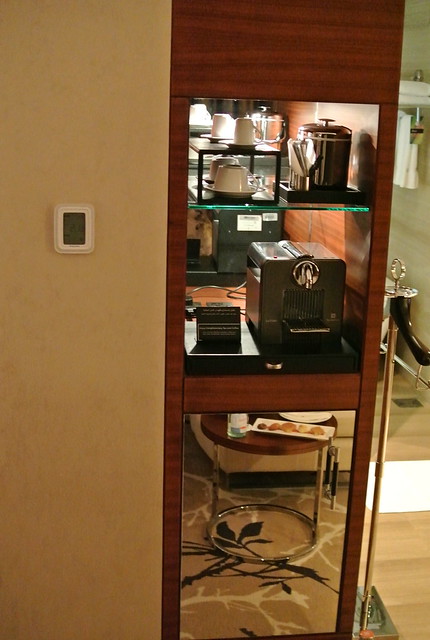 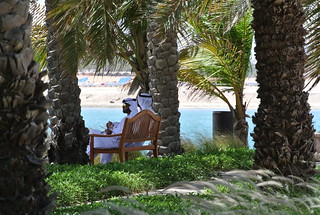 Walking along the beach from the Fairmont Bab Al Bahr to the Shangri La Hotel in Abu Dhabi – http://www.myreturnticket.org 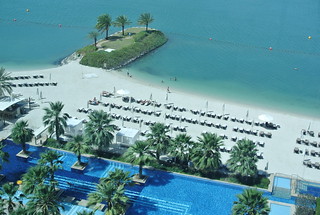 The beach on the Arabian Sea & the pool at the luxurious Fairmont Bab Al Bahr in Abu Dhabi – http://www.myreturnticket.org